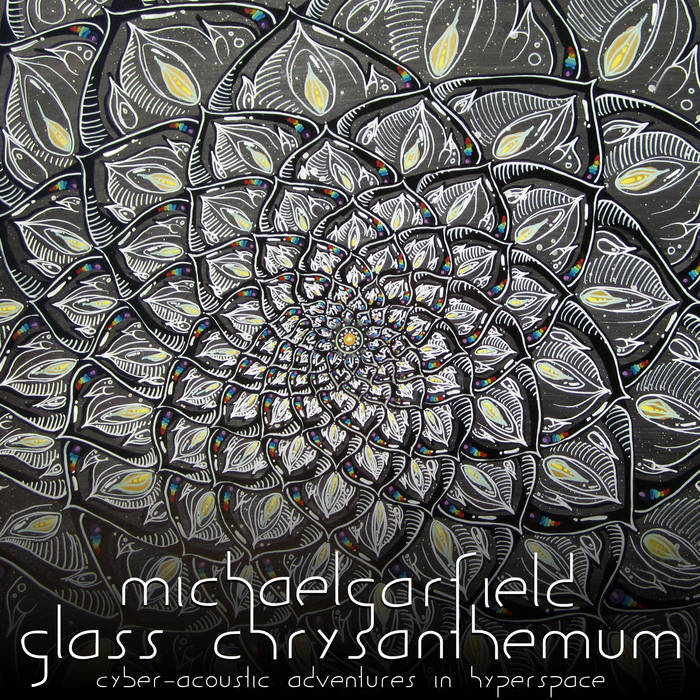 From sprawling ambience to the sudden flower of night-blossoming apocalyptic grooves, this album - my first full-length LP of electronic improvisations on solo acoustic guitar - was recorded live at concerts across North America during the summer and fall of 2010. Everything you hear was performed in one take without studio manipulation, running my guitar through an arsenal of hardware effects and edited only for time. This is electronic music redefined - as raw, lyrical, and organic as the acoustic instrument from which every sound on this album is derived. Recommended for nocturnal listening...

This is one half - the afterlife, impersonal half - of a double-release. The other half, an hour of ballads, anthems, and etudes, is available here: bit.ly/alivewithyou

"The acoustic spaces of electronic music aren't limited to the organization of affect and narrative that define much popular music, with its highly personalized structures of love and loss. Rather than merely extending the language of human affect along such typical lines, electronic music opened up much less personalized soundscapes and psychic spaces. It's not just a genre or technique of music, but a much deeper phenomenon that involves mapping the electronic media spaces that humans find themselves in, whether the 'space' of the spectrum, the acoustic space of McLuhan, or the deterritorialized spaces that have become so important for the articulation of postmodern subjectivity."
- Erik Davis, bit.ly/acousticcyberspace

"Even if the feather appears to be used for the same thing in fledge after fledge of birds, each bird rediscovers what to do with its body uniquely, originally, for the first time. Every adapation is a hypothesis, the projection of meaning onto whatever we’re given. Every creative act includes a moment of decision, a deliberate projection of function and meaning onto the artist’s environment. And when I pick up my guitar and play, I’m agreeing that this is an instrument, that this is a guitar, that I play the guitar, and that I play the guitar in some specific way. That this is what it’s 'for.' But there are an infinite number of ways for the universe to express itself through the functional relationship between a human being and a guitar."
- Michael Garfield, bit.ly/exaptationoftheguitar

Glass Chrysanthemum: The mandala-like visual object that appears to people in the early stages of intoxication by dimethyltryptamime (DMT, a powerful psychedelic chemical believed to exist naturally in the human brain and to be released during birth and death) and during some near-death experiences. Psychedelic theorists have proposed numerous explanations for the glass chrysanthemum, which is frequently reported to open into vivid hyperdimensional vistas and is thus considered a kind of door or window through which the soul travels when leaving the body. Rock music historians link this perceptual object to the title of The Beatles' song, "Glass Onion."

- Rejected without explanation by Urban Dictionary. The only online definition of "glass chrysanthemum" I can find is at bit.ly/dmtnexusglossary

Tracks were recorded in the following locations:

*"Floating World" & "Caravan Of Summer" were improvised in tandem with the hooping talents of Ashley Pants & Kelly Strickland as the first session of "Hoops & Loops," an ongoing collaborative music and dance experiment. Please email me if you'd like to help arrange another event like this!

This album is dedicated to Robert Roy Smith, who was having a near-death experience while I uploaded this.

Special thanks to James Katalyst, Papadosio, Phidias, Travis Rice, The Community Art Makers, ArtSeen Alliance, the Trans-Amoeba family, Cirque Du Womp, and all of the other amazing hosts I met on tour for creating such lovely places to turn people on...and to the rest of my globe-encircling family for signing on with me for this crazy human experience.

What were we thinking?