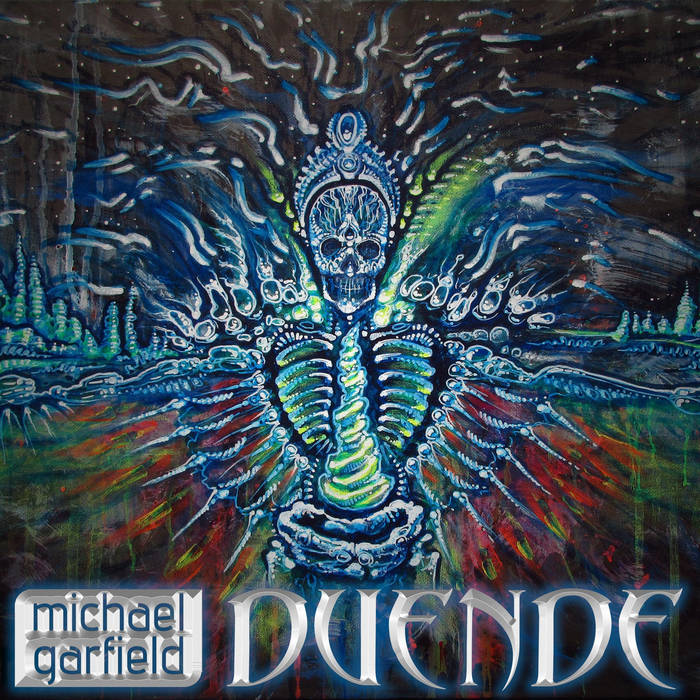 It was a hard few weeks that led into my set at Sonic Bloom’s SolPurpose Visionary Art Academy. A beautiful and intimate event, two dozen painters teaching one another in a tiny circus tent in Southern Colorado – but there’s the venue and then there’s the music, and the soundtrack to my life then was intense and clattering, a metamorphic push to molt old patterns and emerge all bloody and exhausted into something new.

And so all that came through me when I played a live electric set – my first in years – as music for one of the class’s evening painting sessions. I had to file off a lot of rough edges to even make this listenable, but it’s got some genius moments in there – in the Elizabeth Gilbert reconstructionist sense of “genius,” a spirit in the room. The chilling moments make it worth it.

Honestly this one is kind of scary. It has pretty passages but they’re all in between a lot of roaring, black hole grooves and deadly space. There are some clearings of real beauty in there, sentimental lovely lead guitar lines. There are also plenty of unpleasant noises, hatching dragons, flying metal crumpling in a firestorm - even so, they’re interesting, raw and vivid like a heart attack or car crash filtered through slow motion overload, like music from the mothership that feels like maybe it’s just peaceful inquiry…but also could be reprogramming your brain with sound. Some parts of it are distinctly sexy. Not on purpose and it kind of spooks me. I don’t know where any of this comes from, so it’s listen at your own risk, guys. Thanks -

Post Script - This album was named (and album art selected) BEFORE I looked it up on Wikipedia:

'According to Christopher Maurer, editor of "In Search of Duende", at least four elements can be isolated in Lorca's vision of duende: irrationality, earthiness, a heightened awareness of death, and a dash of the diabolical. The duende is an earth spirit who helps the artist see the limitations of intelligence, reminding them that "ants could eat him or that a great arsenic lobster could fall suddenly on his head"; who brings the artist face-to-face with death, and who helps them create and communicate memorable, spine-chilling art. The duende is seen, in Lorca's lecture, as an alternative to style, to mere virtuosity, to God-given grace and charm (what Spaniards call "angel"), and to the classical, artistic norms dictated by the muse. Not that the artist simply surrenders to the duende; they have to battle it skillfully, "on the rim of the well", in "hand-to-hand combat". To a higher degree than the muse or the angel, the duende seizes not only the performer but also the audience, creating conditions where art can be understood spontaneously with little, if any, conscious effort. It is, in Lorca's words, "a sort of corkscrew that can get art into the sensibility of an audience... the very dearest thing that life can offer the intellectual." The critic Brook Zern has written, of a performance of someone with duende, "it dilates the mind's eye, so that the intensity becomes almost unendurable... There is a quality of first-timeness, of reality so heightened and exaggerated that it becomes unreal...".'