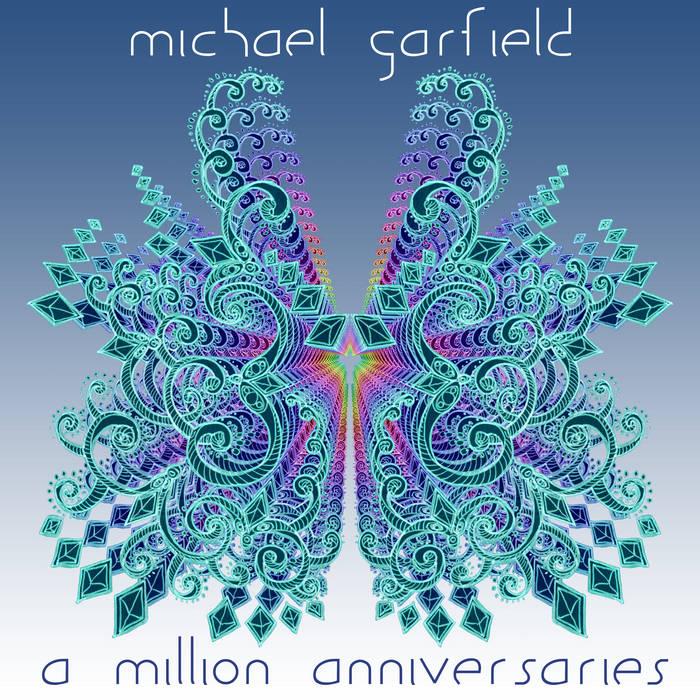 Janetaurusrex Gives me the warm fuzzies! if angels make music, this is it.

out of time studio

"One of the dopest albums to date. I've chosen [this] as the music I will conceive my first child to...in all seriousness."
- Jeremy Judkins, DeepBlip.com

"It takes creativity to make the next step in a newer, more shocking direction, but it takes a visionary to go beyond the breaking point and meet music on the other end of the spectrum. That’s what Michael Garfield does..."
- TheUntz.com

Improvised live on solo guitar and effects pedals without software or studio wizardry – and recorded on an epic spring tour traversing the western U.S. (from the Dallas Museum of Nature & Science to sacred land in the deep New Mexico desert and Oregon rain forest) – this ninety-minute, two disc release is Michael's most musically-ambitious yet.

An all-terrain album if there ever were one, A Million Anniversaries journeys through anthemic electro-grooves into hypnotic tribal ambience, cinematic instrumental rock and tender romantic interludes - each track layered with live loops as a spontaneous and dynamic response to the unique energies of each venue and audience - then strung together like beads in a malah as one continuous mix.

It's a testament to the orchestra hidden in an acoustic guitar - pushing the envelope of this traditional instrument into an age of digital angels and mycelial technology.

"The Made & The Born" at Tribal Convergence 2011
bit.ly/madeandborn (live video)

"Windhorse" at The Other Side, Denver
bit.ly/windhorse (video collage)