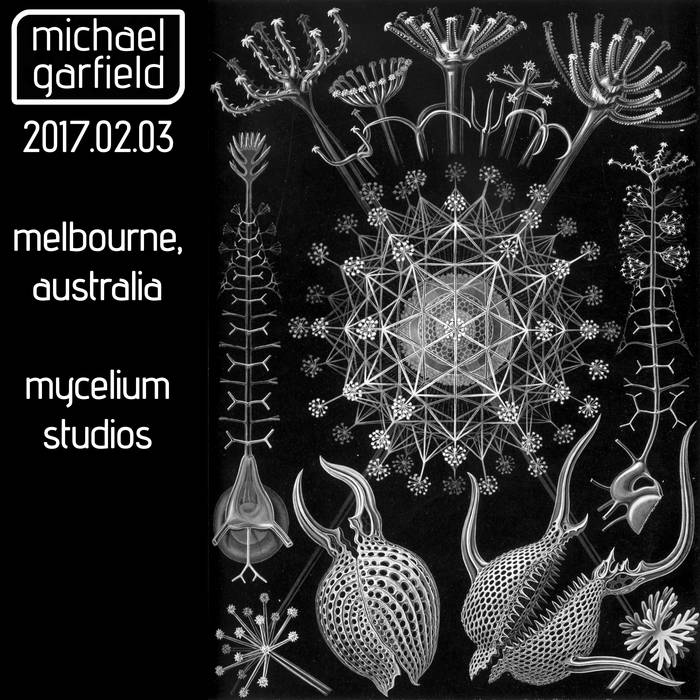 Hey friends! Thank you so much for your support. I'm honored to know that I have people for whom I make this work – otherwise, I'd probably still do this, only it'd be pointless and I'd get all pale and clammy and weird.

Over the next several weeks I will release a bunch of stuff I recorded on Australia tour back in February during the Southern Hemisphere summer. (So hot! So good!) I've already published some music, talks, and time-lapse videos from the tour - they're listed in the footer of this message - but I've saved what I think are the best bits for last.

This double-header talk and singer-songwriter-storyteller set was recorded live at Mycelium Studios in Melbourne, Australia on 3 February 2017. I love playing the improvised instrumental stuff, but I also care A LOT about the songs I write, because the song is such a perfect vehicle to say things simply. The music compliments all of the heady gabby context.

It was a super cozy evening with music from Zól Bálin and Joe Oppenheimer, and amazing visionary art by many, many local and international artists. There were pillows everywhere. The people were receptive and awake and with it. It was lovely and I hope that comes through in this taping.

Special thanks to Joe for pulling this show together on short notice and to Bruce Damer for making the connections that put me on tour in Australia!

Enjoy, and thanks again! More soon –

NOTES (from the talk):

The internet as a psychedelic drug acting on human consciousness at the planetary level. Anchoring yourself in a deeper truth than what is disrupted by the change. The internet more closely resembles the Amazon jungle than the Renaissance gardens of Italy, and the culture it engenders is dynamic, fluid, flexible, unfixed.

You’re made out of dinosaur piss and the dying breaths of kings. It’s not enough to say we’re connected; we are asleep to being one thing made out of the intersections of colliding infinities. Coming online through the resolution of paradox. We build upon what we know and we grow into what we don’t know. The alien and AI both appear as symbols of the unconscious of planetary civilization.

“It’s come for all of us now. The Humility. We’re being stripped of our sense of specialness, our priority.”

“Just as we start granting personhood to non-human organisms, we should probably re-evaluate what it means to be a human being.”

“Science is coming back around to some of these things that we rejected when we said no to religion. There’s a reason why we had ceremony and ritual and lineage and esoteric knowledge and elders.”

“If we are really to thrive on this planet, it’s time for us to see beyond the limits of our stories.

“The reality of reality is that sometimes an ego is a great idea, and sometimes it’s not.”

“The complex, and ever-more-complex, environment in which we find ourselves requires a new kind of human, that is not merely human, and a new kind of self that is open, that does not recognize itself as bounded, cut off from the rest of existence.”

“There are cracks in fate. There are bugs in the code of reality we can exploit.”

“There’s an implicit perfection in the play of imperfection through the entire process.”

You read this far! I hope you enjoyed it and these thoughts all swirl together into something powerfully inspiring, causing you to go forth into life unfettered by the normal bullshit, part of something greater, wider, freer, calmer, wiser, brighter. Get it!


OTHER NUGGETS FROM AUSTRALIA TOUR: